The town formed in 1914. Narrow gauge rail tracks we laid and a line from Coolidge to Divide, Montana was completed in 1918 and a school district was formed. Families began moving to Coolidge.  In 1922, the Coolidge, Montana post office opened and a new mill on the site began operation.

Economic times, poor silver prices, and a dam failure on the Wise River that washed out miles of road and railroad bridges took a toll on the operation. By 1932 most of the residents had moved and the post office closed. At its peak, more than 350 rugged souls lived at this high-elevation mining town. 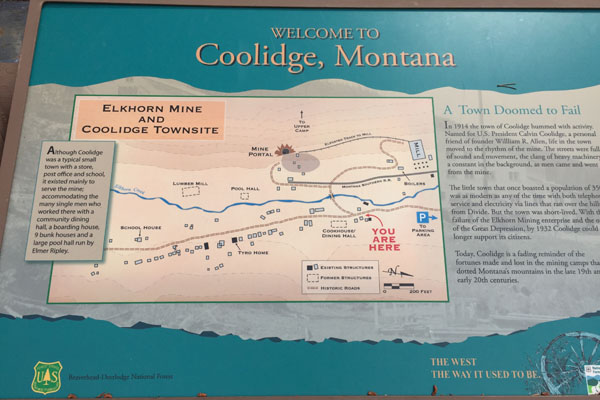 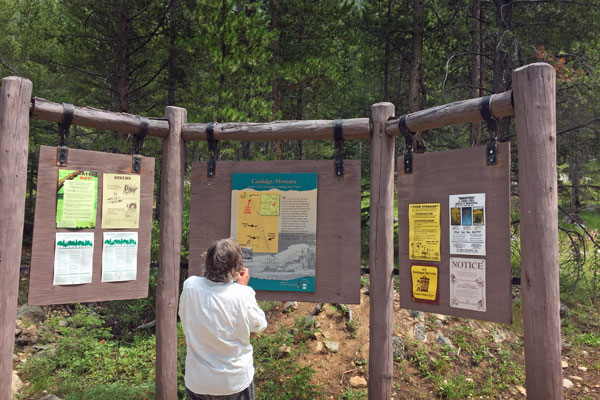 The Coolidge Ghost Town can be found just off the Pioneer Scenic Byway. An easy drive from the ranch, visit the ghost town and take in all the spectacular scenery along the way. Park at the trailhead and the ghost town is about a 10-15 minute walk. Leave time for exploring the site. There are building remains, mill remains, and the railroad ties of an old railway used for transporting the ore.

Hiking to the Ghost Town 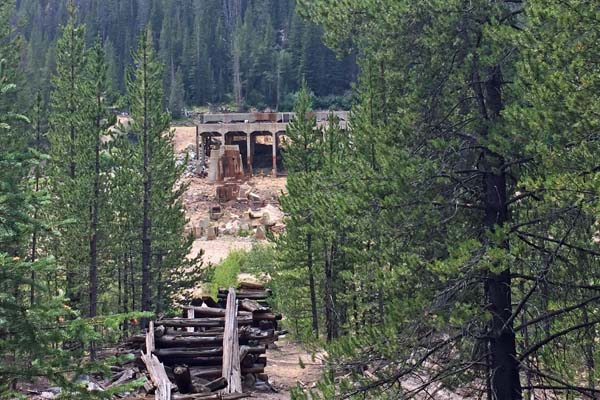 Dig For Crystals in Crystal Park