Skip to content
Bugs of the Big Hole – Part 1

Bugs of the Big Hole River

As winter gives way to spring and the snowpack recedes to the mountain peaks, the Big Hole River awakens and comes alive. Fishing begins on the Big Hole as the calendar heralds spring’s arrival. At that time, streamers and nymphs bring fishing success. But as the days grow longer and April approaches, the first of the Big Hole River hatches begin.

This early stonefly attracts a lot of attention as it is an easy meal for trout who have gone through a long winter. Not quite as large as a Salmonfly, the Skwala can range in size from a 6-10. Look for skwalas on the water from April 1 to May 15th.

On warm overcast days, mid to late March through late May, you’ll see trout dimple the surface to sip Baetis, Blue Winged Olives, off the surface of the river. These small mayflies are an important part of the trout’s diet in early and late season. Fish a 16-18 sized imitation in spring.

In mid-April, always plan to be on the water between 1 pm and 3 pm for the Western March Brown Hatch. A mayfly, the March Brown hatch can be the highlight of April fishing. Fish a size 14 or 16 fly, this hatch last until early May.

Perhaps the most famous hatch on the Big Hole River, the Salmonfly hatch occurs in early to mid-June. A giant stonefly, the salmonfly is best fished with a size 2-6 fly. The “cat puke” is a local favorite fly. Trout cannot resist these big, clumsy bugs. 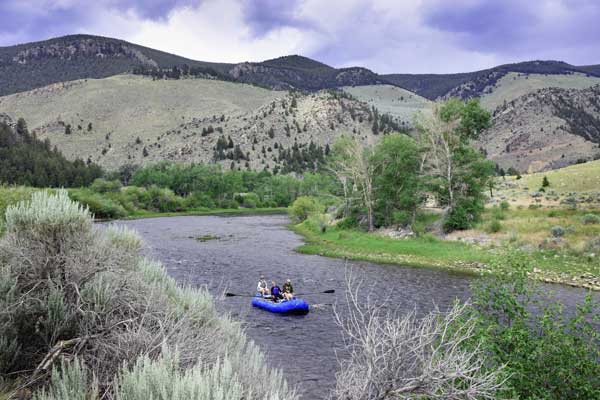 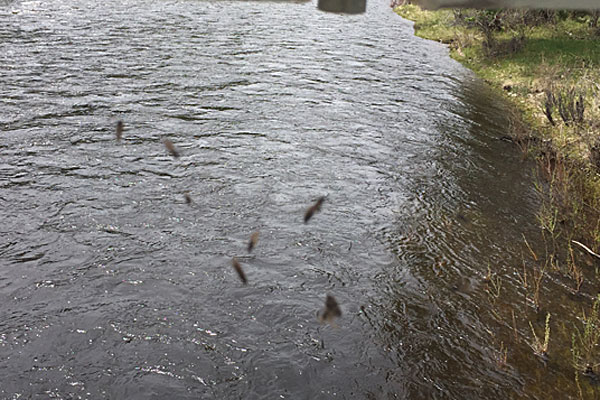 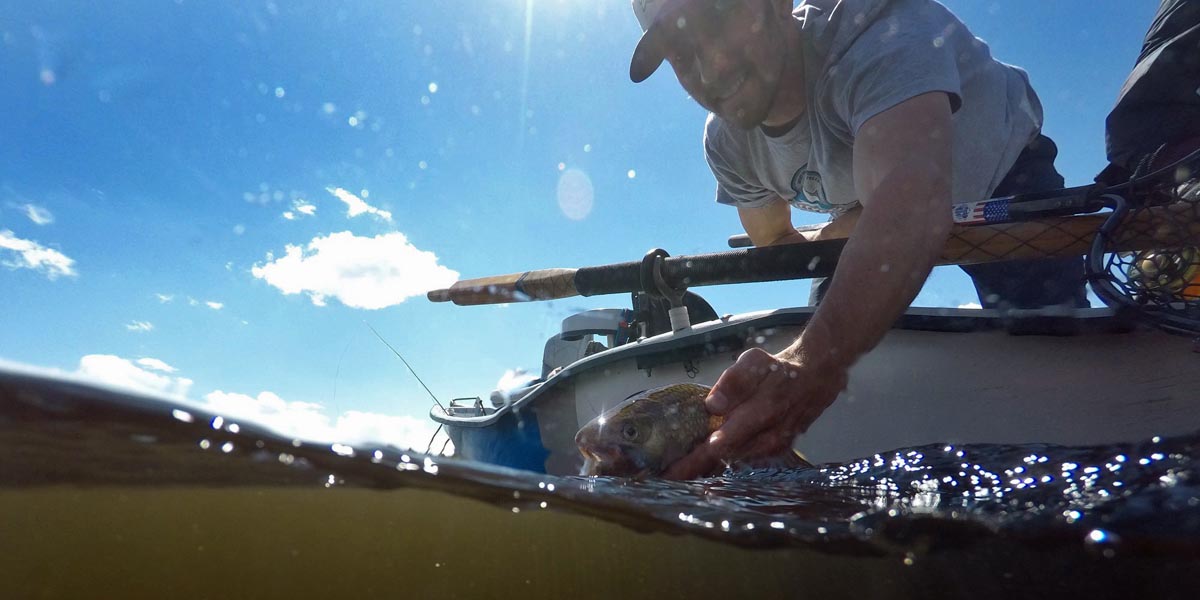